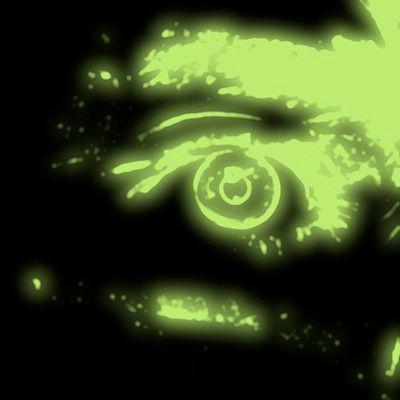 “Today there are peoples of the world, Old One.”

“Who are you?” the Old One asked suddenly.

“You did not pronounce it properly, Old One. You spoke the name of another Tom.”

“You are all Tom,” the Old One said sullenly.“ Everyone is Tom, Dick or Harry.”

He sat, shaking in the sunshine, and hating the pleasant young man. They were on the broad veranda outside his hospital room. The street before them was packed with attractive men and women, all waiting expectantly. Somewhere in the white city there was a heavy cheering, a thrilling turmoil that slowly approached.

“Look at them.” The Old One shook his cane at the street. “All Tom, and Dick and Harry. All Daisy, Anne and Mary.”

“I’ve had a hundred Toms sitting with me,” the Old One snarled.

“We often use the same name, Old One, but we pronounce it differently. I’m not Tom or Tom or Tom. I’m Tom. Do you hear it?”

“What’s that noise?” the Old One asked.

“It’s the Galactic Envoy,” Tom explained again. “The Envoy from Sirius, the star in Orion. He’s touring the city. This is the first time a being from other worlds has ever visited the earth. There’s great excitement.”

“In the old days,” the Old One said, “we had real envoys. Men from Paris and Rome and Berlin and London and Paris and… They came with pomp and circumstance. They made war. They made peace. Uniforms and guns and ceremonies. Brave times! Exciting times!”

“We have brave, exciting times today, Old One.”

“You do not,” the Old One snarled. He thumped his cane feebly. “There is no passion, no love, no fear, no death. There is no hot blood coursing through veins. You’re all logic. All calm thought. All Tom, Dick and Harry.”

“No, Old One. We love. We have passions. We fear many things. What you miss is the evil we have destroyed in ourselves.”

“None at all, Old One. I have Tamar’s Solution in my veins. Blood cannot withstand radiation and I do my research in the Fission Piles.”

“No blood,” the Old One cackled. “And no bones either.”

“Not all have been replaced, Old One.”

“And no nerve tissue, heh?”

“Not all has been replaced, Old One.”

“No blood, no bones, no guts, no heart. And no private parts. What do you do with a woman? How much of you is mechanical?”

“And the other Toms and Dicks and Harrys?”

“Anywhere from 30 to 70 per cent, Old One. They have children, too. What the men of your time did to teeth, we do with all the body. There is no harm.”

“You are not men! You’re machines!” the Old One cried. “Robots! Monsters! You have destroyed man.”

Tom smiled. “In truth, Old One, there is so much mingling of man in machine and machine in man that the distinction is hard to make. We no longer make it. We are content to live happily and work happily. We are adjusted.”

“In the old days,” the Old One said, “we all had real bodies. Blood and bones and nerves and guts. Like me. We worked and sweated and loved and fought and killed and lived. You do not live . . . you adjusted supermen . . . machine-men . . . half-bred bastards of acid and sperm. Nowhere have I seen a blow struck, a kiss taken, the clash of conflict, life. How I yearn to see real life again . . . not your machine imitation.”

“That’s the ancient sickness, Old One,” Tom said seriously. “Why don’t you let us reconstruct you and heal you? If you would let us replace your ductless glands, recondition your reflexes, and…”

He lurched up from his chair and beat at the pleasant young man with his cane. The blow broke the skin on the young man’s face and was so unexpected that he cried out in astonishment. Another pleasant young man ran out on the veranda, seized the Old One and reseated him in his chair. Then he turned to Tom who was dabbing at the frosty liquid that oozed from the cut in his face.

Tom looked at the Old One with awe.

“Do you know, I believe he actually wanted to hurt me.”

“Of course he did. This is your first time with him, isn’t it? You ought to see him curse and carry on. What an old unreconstructed rebel he is. We’re rather proud of the old boy. He’s unique. A museum of pathology.”

The second young man sat down alongside the Old One. “I’ll take him for a while. You go watch for the Envoy.”

“Now then, now then, Old One,” his new companion interrupted briskly, “we have them too. When we reconstruct a man we don’t take anything away from him but the rot in his mind and body.”

“I’m not the same Tom that was here before.”

“You’re all Toms,” the Old One cried piteously. “You’re all the same God-forsaken Toms.”

The turmoil and the cheering came closer. Out in the street before the hospital, the crowd began shouting in excited anticipation. A lane cleared. Far down the street there was a glitter of brass and the first pulse of the approaching music. Tom took the Old One under the arm and raised him from his chair.

“Come to the railing, Old One,” he said excitedly. “Come and watch the Envoy. This is a great day for Mother Earth. We’ve made contact with the stars at last. It’s a new era beginning.”

“In the old days,” the Old One mumbled, “we would have come with fire and storm. We would have marched down strange streets with weapons on our hips and defiance in our eyes. Or if they came first we would have met them with strength and defiance. But not you . . . machine half-breeds . . . laboratory supermen . . . adjusted . . . reconstructed . . . worthless . . .”

“He’s come out of the Center,” Tom exclaimed. “He’s coming closer. Look well, Old One. Never forget this moment. He…” Tom stopped and took a shuddering breath. “Old One,” he said. “He’s going to stop at the hospital!”

The gleaming car stopped before the hospital. The band marked time, still playing lustily, joyfully. The crowd roared. In the car the officials were smiling, pointing, explaining. The Galactic Envoy arose to his full, fantastic height, stepped out of the car and strode toward the steps leading up to the veranda. His escort followed.

“Here he comes!” Tom yelled, and began a confused roaring of his own.

Suddenly the Old One broke away from the railing. He shoved past Tom and all the other Tom, and Dick and Harrys and Daisy, Anne and Marys crowding the veranda. He beat his way through them with his feeble, wicked cane and came face to face with the Galactic Envoy at the head of the steps. He stared at the Praying Mantis face with horror and revulsion for one instant, then he cried: “I greet you. I alone can greet you.”

He raised his cane and smote the face with all his strength.