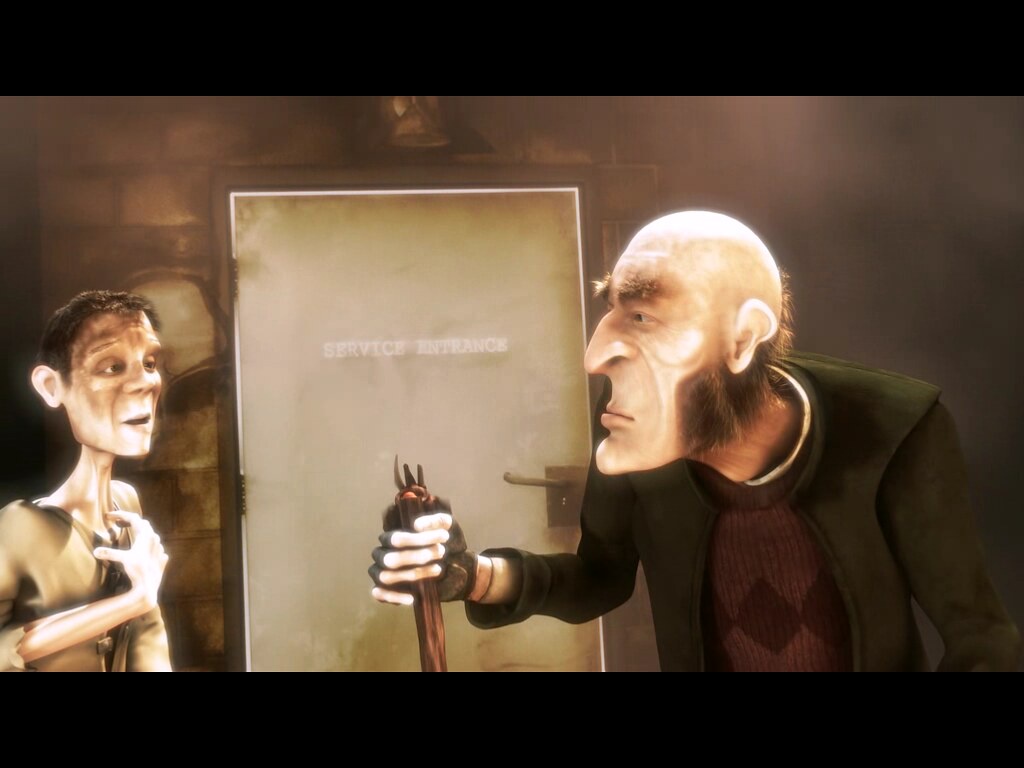 Elephants Dream is the story of two strange characters exploring a capricious and seemingly infinite machine. The elder, Proog, acts as a tour-guide and protector, happily showing off the sights and dangers of the machine to his initially curious but increasingly skeptical protege Emo. As their journey unfolds we discover signs that the machine is not all Proog thinks it is, and his guiding takes on a more desperate aspect.

The story is very simple—I'm not sure you can call it a complete story even—It is about how people create ideas/stories/fictions/social realities and communicate them or impose them on others. Thus Proog has created (in his head) the concept of a special place/machine, that he tries to “show” to Emo.

When Emo doesn't accept his story, Proog becomes desperate and hits him.

It's a parable of human relationships really—You can substitute many ideas (money, religion, social institutions, property) instead of Proog's machine—the story doesn't say that creating ideas is bad, just hints that it is better to share ideas than force them on others. There are lots of little clues/hints about this in the movie—many little things have a meaning—but we're not very “tight” with it, because we are hoping people will have their own ideas about the story, and make a new version of the movie. In this way (and others) we tie the story of the movie with the “open movie” idea