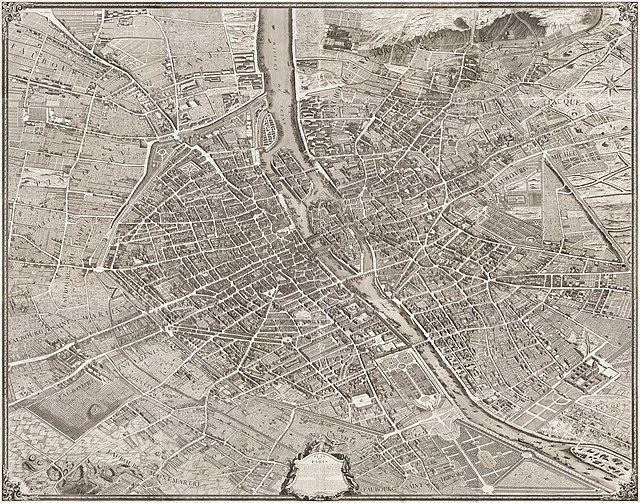 This is among the best flash pieces I’ve read. What I admire the most is the craft: the details are chosen to convey just as much as you need to know, and no more. There’s much I can learn from Shiner. Highly recommended (Ken Liu)

Jack dropped his briefcase on the rich green lawn when he saw Billy pedaling toward him. Billy grinned and reached into his saddlebag for the evening Times-Herald, held in a loose roll by a red rubber band. He tossed it end-over-end and Jack snagged it left-handed.

Jack waved, then surreptitiously brought the paper up to his nose for a quick whiff of newsprint and ink.

He was careful not to let the screen door bang as he set the briefcase next to the coat rack and crossed the high-ceilinged living room to the gleaming, white-tiled kitchen. He took a can of Schlitz out of the fridge and opened it with two quick stabs of the church key, big hole first, vent hole second, then upended it and drank it straight down. He'd opened the cabinet under the sink to throw it away when Beth walked in. She wore a white lace apron over a polka dot summer dress. She was trembling.

She held out a piece of foolscap with block printing on it. The paper rattled from the shaking of her hand.

Jack turned the paper the right way around and read, “THIS IS NOT 1950.”

He handed it back. “Surely this is not a surprise to you.”

“I know what fucking year it is.” Her whisper wanted to be a scream.

“Where did this come from?”

“It was in the mailbox. With the mail.”

“Maybe it's some new ad campaign.”

“I don't see why you're reacting so—”

“Well, one of us did,” Jack said quietly.

“I will not have somebody make a mockery of everything we fought so hard to get.”

“You don't know that it's a mockery. You don't know what it is. Throw it away and forget about it.” He stared at her until she gave in, slowly crumpling the page, then squeezing it into a tight little ball. He took it from her and tossed it in the bin after the Schlitz can.

“Now,” he said. “Is that pot roast I smell? And I could use another beer.”

The next day there was another.

Beth was livid. “I sat by the picture window today from the time you left for work until Louis came with the mail. As soon as he closed the box, I ran out and found this. I chased Louis down and he said it was already there when he put the mail in. There was one in every box on the block. I made him wait and got a plastic bag and took the one out of Ted and Sue's mailbox that nobody had touched yet. Then I called the police.”

“Mailboxes are federal property. It's against the law to use them for private purposes.”

“Federal property? Who are you kidding? If you're waiting on the FBI, you're going to be—”

“A crime is a crime. Of course the police didn't care much more than you do. I got them to test it for fingerprints, but there weren't any.”

“Do you know what makes me furious? It's not like there aren't any African-Americans here.”

She was in no mood for sarcasm. “There's the Macleans, and...”

“There's the Macleans. That makes the point.”

Jack looked at the note again. The Es were quite distinctive, the middle bar barely above the lower one. Not that he needed the evidence.

“Whoever it is, he has to be doing it during the night,” Beth said. “I'll stay up all night and—”

Her eyes started to ask a question, then glanced away.

“All right?” he said. She was still looking at the floor. “All right?”

After Beth went up to bed, he dialed a five-digit number on the downstairs phone. His heart beat hard in pure Pavlovian response to the digits.

“What the hell do you think you're doing?”

“Not on the phone. Bob's home. I'll meet you at the usual spot. Half an hour.”

He looked at his watch. “Don't keep me waiting.”

“Darling! I wouldn't dream of it.”

As he got to the moonlit playground, she waved from the top of the slide and then slid down the length of it, arms in the air like a child. She wore men's clothes, dungarees with the cuffs rolled up and a white sweatshirt. Not Bob's clothes, of course—they would have swallowed her. These seemed to exaggerate the curves of her figure more than hide them.

She ran across the perfect white sand and made as if to kiss him. He held her at arm's length and said, “I'm not kidding around.”

“Too bad. Hardly a surprise, but still a shame.”

“What are you trying to accomplish with those stupid notes?”

She laughed. “What do you think? Stir up the pot. Shake the tree. Upset the applecart. Keep from going out of my ever-loving mind.” She dropped onto one of the swings and pushed herself back and forth.

“Beth called the cops. If you get caught, they'll expel you.”

“For a little harmless fun?”

“These people don't have any sense of humor.”

“Marge, listen to me. This has to stop. If you pull another stunt like this, anything like this, I will turn you in myself.”

She stopped the swing and her voice went husky and soft. “You hate them as much as I do. Smug, privileged sociopaths, you called them. C'mon, Jack, admit it. Not everything you told me was a lie.”

Stung, he took a step backward. “I've said what I have to say.”

“Jack.” She waited until he looked at her again. “Jack. As long as you're making threats. If you turn me in, I'll tell Beth about you and me.”

As he started to walk away, she said, “How can you stand it? How can you just close your eyes to it?”

Jack turned on her. “Because there's no fucking choice. You want to live in the Red Zone? How long do you think you'd last? They'd be fighting each other just to take the first turn with you. I close my eyes to the way it is here the same way I closed my eyes to what I did to make the money that got me here. The same way you closed your eyes, and Bob did, and everybody else here did.”

He waved one arm at the impossibly clear night sky. “You think this is going to last forever? We're only buying time. But I have paid for that time, paid a couple of fortunes for it, and I'm not going to just piss it away.”

She was crying as he let himself out through the low wooden gate. He walked fast, hands in his pockets. The sweet, cool night breeze kept him from breaking a sweat.

Upstairs, he changed into his pajamas. The open window let in the sound of crickets and tree frogs.

Beth rolled onto her back as he got into bed. “Did you fix it?” she asked sleepily.

She curled into her pillow, and a moment later she said, “I love you, Jack.”

He lay there for a long time, eyes wide open, staring into the night.